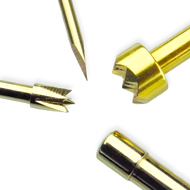 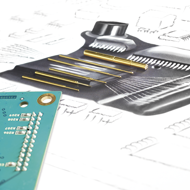 In the field of Test and Measurement there is a special technique for measuring small resistances, called the Kelvin method (also four-wire measurement). The advantage of the four-wire measurement lies in the fact that the result is not influenced by the electrical resistance of the wires and contact points. This measurement method was developed by the British physicist William Thomson, 1st Baron Kelvin, usually known as Lord Kelvin.

More information about this enigmatic personality can be found at Wikipedia.

For the four-wire measurement - the name says it all - 2 contacts on each side of the test setup are required. To make this design simple, we offer some great solutions.
On this page you'll find a biaxial and a coaxial solution. A highlight is the type QNW-R from the BA10 series. With its self-centering V-shaped tips, it can contact flat contacts or pins frontal or from the side.

If you need to contact even smaller pad or solder balls, please take a look at our finepitch kelvin contacts. You can use them in pitches of down to 0.4 mm. You'll find them in our finepitch section. 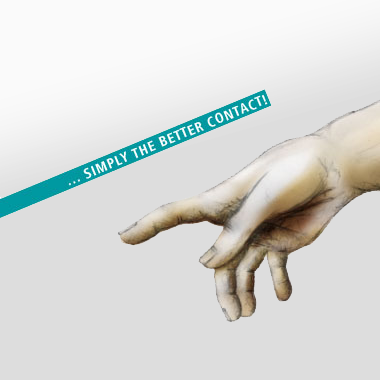 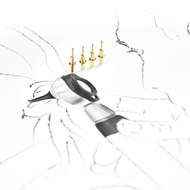